We are often asked, “What is the connection between Swisspearl®, Pelicolor and Eternit?”

The material Fibre-reinforced cement was invented in the late 19th century by the Austrian Ludwig Hatschek, who trademarked the process under the name “Eternit”. He sold the license “Eternit” to various manufactures in Europe and it’s often the assumption by many that companies that have the trademark name “Eternit” are connected, some are, but Swisspearl® have always been independent of others and are the pioneers of the Eternit Pelicolor cladding panels.

Swisspearl® is not new to the Irish and UK Markets.

The  older incarnation of the product marketed and sold as ‘Pelicolor’ cladding, will be familiar to architects everywhere. There are many examples in the UK  and Ireland, circa of the  1990’s -2007 where the  Swisspearl® – Pelicolor  panels have been used on façades of buildings.  These panels sold were  mainly a grey based panel with a coloured finish, with the addition of a few  through-coloured panels. 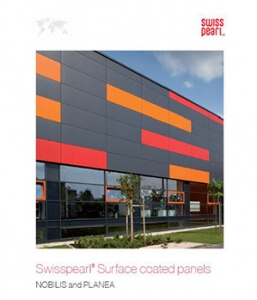 Is Pelicolor still available?
“The answer is,” Yes

The Pelicolor panel manufactured by Swisspearl® are still available but under a different branding: Nobillis and Planea. Reason for name change was that others were beginning to manufacture panels imitating similar colours and selling under a Pelicolor  name.  Panel sizes available from this Swisspearl range are;  3040 x 1220, 3040 x 950, 2500 x 1220, 2500 x 950 and 2000 x 1220. 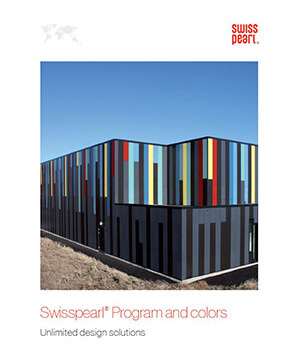 The development of the new Swisspearl® through-coloured panels is now offering architects unique colours and finishes, which base colours are shade-on-shade coloured-through.  These panels give a natural appearance which  offers greater flexibility and tremendous design potential for any building.  The continuous technological revolutions by the company  are backed with a guaranteed  40 year life expectancy which are proven and documented – giving it the highest class ratings available and also backed by various independent institutes for testing. 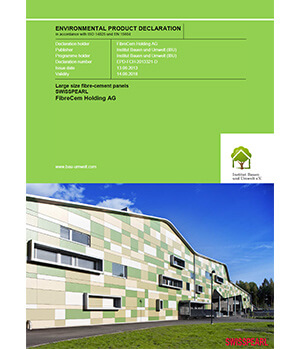 Why do Swisspearl® call their panels Cement composite as supposed to Fibre Cement?

The answer is very simple, the percentage of cement is much higher in the panels therefore there is less composition of cellulose (paper) hence the name cement composite.

Architects are conscious of the importance of  choosing the correct material for projects.  To assist them in their valuation they compare EPD (environmental product declarations) from various manufactures.  looking at; where the raw material  is sourced,  the amount of energy used in the manufacturing process, packaging etc. This is why Swisspearl® panels are the preferred choice for external ventilated rainscreen cladding systems.  Many of these buildings have achieved LEED Platium, Gold and Silver awards.
(Magazin – Swisspearl Architecture # 21 Pg 21)